Time has flown so fast, and we realize that we need to think about the future of the Remember Museum 39-45. As you all know, we established our museum 27 years ago and officially dedicated the museum in 1994, which was the year of the 50th anniversary of our liberation by brave American men and women. The Remember Museum 39-45 was founded for the purpose of insuring that the heroic sacrifice and service of the men and women (and their families) who liberated Belgium and Europe during World War II, would never be forgotten.

Our concern, as well as the concern of virtually all of the veterans and family members with whom we have had contact, is that the museum would forever stay in Belgium. Fulfilling that desire would insure that all the items presently in the museum, some left by the 110 soldiers who bivouacked on Marcel's parents farm before they left for the Battle of the Bulge, and those items donated throughout the years since World War II by Veterans and their families, would never be sold, in Belgium or in the United States. Every item or uniform displayed in the museum has a personal story, and if the items disappear, the stories will also be gone forever.

The best way for us to preserve and assure future stability fir the Remember Museum is to make it a part of the King Baudouin Foundation United States (KBFUS). King Baudouin was the uncle of our current King Philippe. The collection would be given to the Foundation, but the Foundation would need to buy our 300 year-old home, and in the future, place someone in our home who will operate the museum and serve as the caretaker in the same manner that Marcel and I have for so many years.

U.S.-based donors can support our activities in a tax-efficient way by virtue of a contribution to the American Friends of the Remember Museum 39-45 in Thimister-Clermont at the King Baudouin Foundation United States (KBFUS). Since KBFUS is a public charity, within the meaning of Sections 501(c)(3) and 509(a)(1) of the IRC, donors may claim the maximum tax benefits allowed by U.S. Tax Law for their contributions.

You assistance is also respectfully requested in "spreading the word" of our planned effort to save the museum for the education of future generations of Belgian, American and world citizens.

Your gifts will be appreciated and gratefully accepted with our sincere assurance that funds dinated will be utilized prudently for the museum's future. We know that all these men and women of the "Greatest Generation", who have already departed this world, would be so happy to know that their Honorable Memory as well as their Legacy of Sacrifice will continue to live here in Belgium, through the preservation and continuance of the Remember Museum.

The best way is to donate to the foundation. By doing this you may claim the maximum tax benefits allowed by U.S. Tax Law.

To do so you have several possibilities :

A Go Fund Me fundraiser has been created by the Dickman's, a friend family of Marcel and Mathilde. They wrote a kind description of the museum and their feeling about it. Gifts done using this way will also be sent to the Remember Museum. 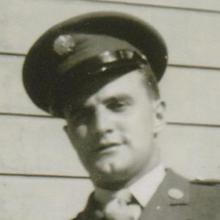