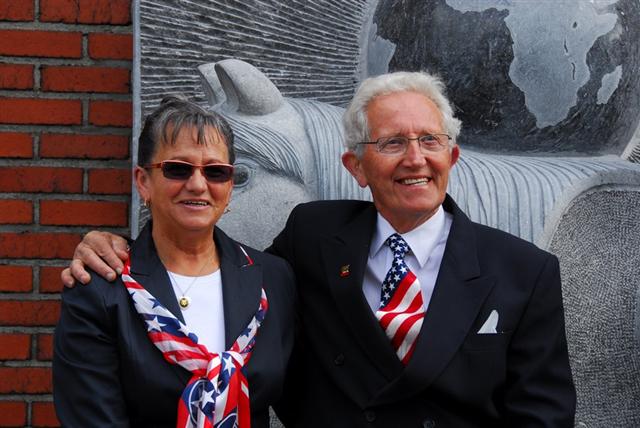 Marcel SCHMETZ was seven years old when the area where he lived was annexed to the German Reich.

He was forced to attend his primary school in the neighboring village where only German was allowed to be spoken. He and his family then lived for four years under perpetual restrictions and bad treatment until September 11th, 1944 when the Plateau of Herve, and especially Clermont, was liberated. His parent's farm had been transformed into an enormous bivouac for one hundred and ten soldiers of the American First Infantry Division. Three weeks of vacation for a little boy who had been deprived of everything for the previous four years. These three weeks changed little Marcel for life.

The G.I.s left in a hurry for the Battle of the Bulge, leaving all their personal items behind. No extra pounds ! While some families used the G.I.s items, Marcel kept them out of respect for and in memory of those who had left.

Becoming an adult, Marcel taught himself to restore jeeps, motorcyles and opened his own body shop.

In 1991, the meeting with Mathilde would change both of their lives ! Together they established a museum. Everything needed to be finished by 1994 for the 50th Anniversary of D-Day. It took them more than one year to change the body shop into a museum, the Remember Museum 39-45 . After attending the D-Day ceremonies in Normandy, seventeen American WWII Veterans drove to Clermont for the inauguration of the museum. That day started an everlasting friendship between the couple and these boys.

Since that day, lots of people come to visit the museum : people of the area, school children, tour operators , but mainly American Veterans and their families. Touched and impressed by the respect that surrounds all these items, more and more American WWII Veterans want to donate their personal belongings such as pictures and clothing.....confident that their Military Service would never be forgotten. There are also more and more names engraved on the wall outside of the museum or on the Red Ball Express truck that has been transformed into a movie theatre. Every visitor appreciates the very personal nature and sensibility of the way in which the museum has been set up. At this place there is only REMEMBRANCE ! As a proof there are several hundreds of Christmas letters which Marcel and Mathilde receive each year......and to which they need to answer ! 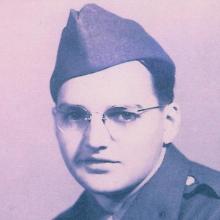